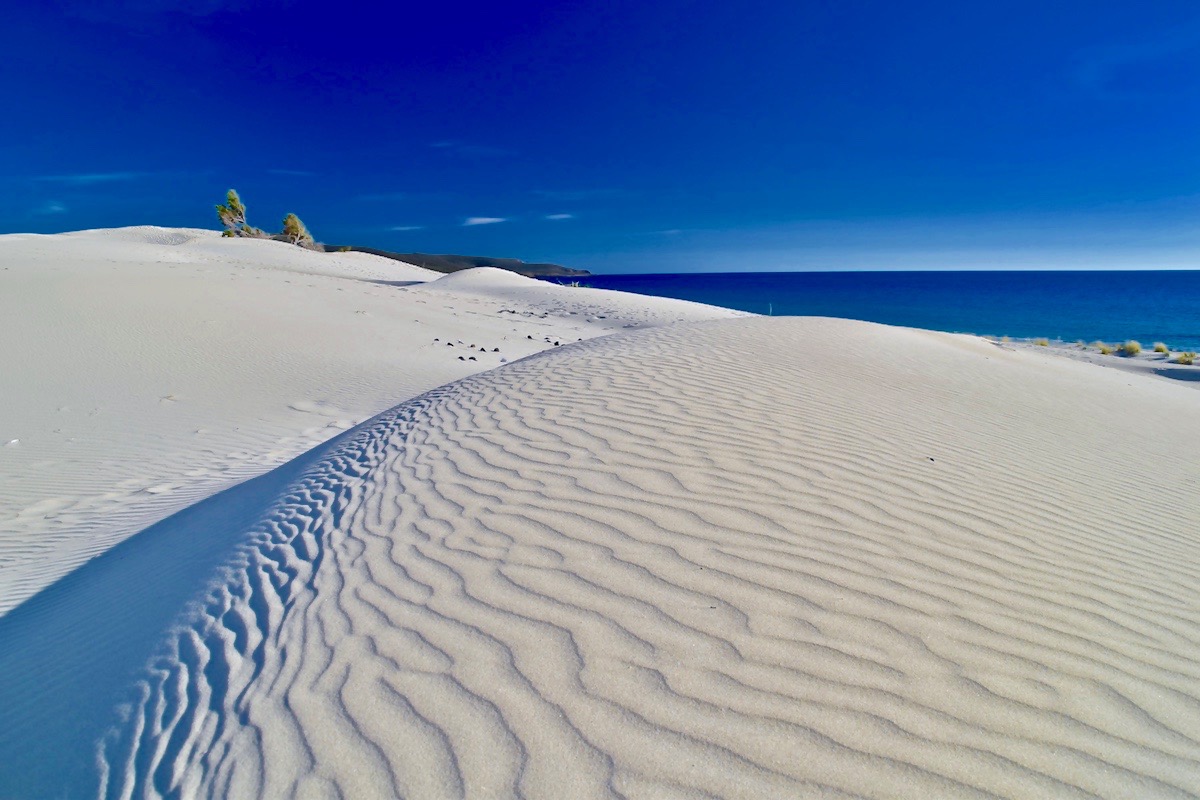 A sea of ​​colors

A sea of colors. Teulada, on the Sulcis Coast, has been awarded 3 Blue Flags for the excellence of its beaches of Tuerredda, Porto Tramatzu, and Is Arenas Biancas.

Chia, an undisputed jewel of the Mediterranean, was chosen as the most beautiful beach in Italy and awarded 5 Sails in the Blue Guide by Lega Ambiente (The Environmental League) and the Touring Club.

Signs of the distant past are visible in the coastal towers dotting the Sulcis Coast. In dominant positions along the coast there are the remains of the ancient Nuraghi of Antigori, Sa Domu, and S’Orcu in Sarroch. The archaeological sites of Bithia and Nora are visible testimonials to the ancient Punic, Carthage and Roman civilizations that inhabited this region.