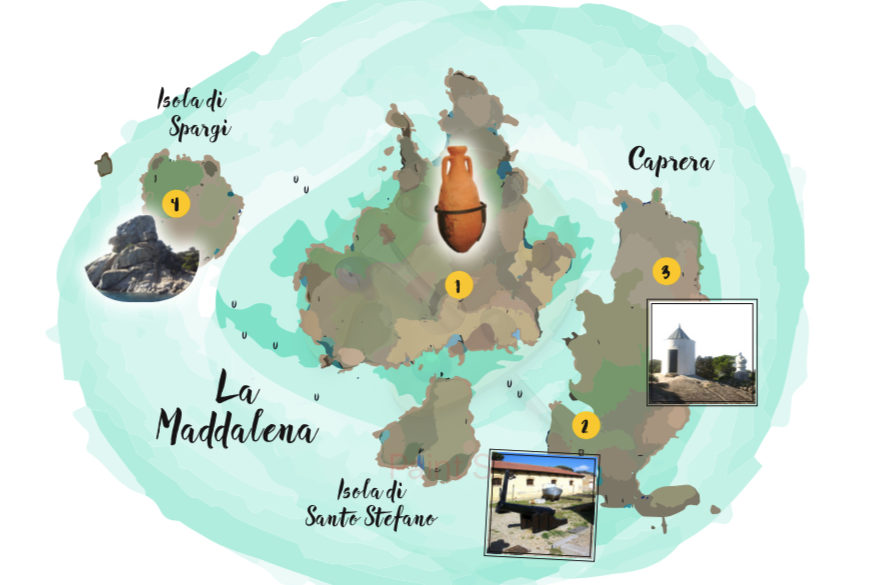 All you need is a little imagination and you will see a witch, a bulldog, a boot and even a Dutch clog appear in the rocks on the small island of Spargi.

These shapes have been sculpted into the anthropomorphic rocks over the millennia. Spargi isn’t just imagination: a Roman ship sank off its coast around 120 B.C. Its remains are exhibited on La Maddalena at the Archaeological Naval Museum, named after the underwater archaeologist who discovered it.

The sea and all of the traditions linked to it can also be found on Caprera at its Maritime Museum: images, documents and objects on display date back as far as the Neolithic Era. Giuseppe Garibaldi, the “Hero of the Two Worlds”, chose to live on this island and his private life and political and military career can be explored at the Garibaldi Home Museum and the new National Memorial Museum.