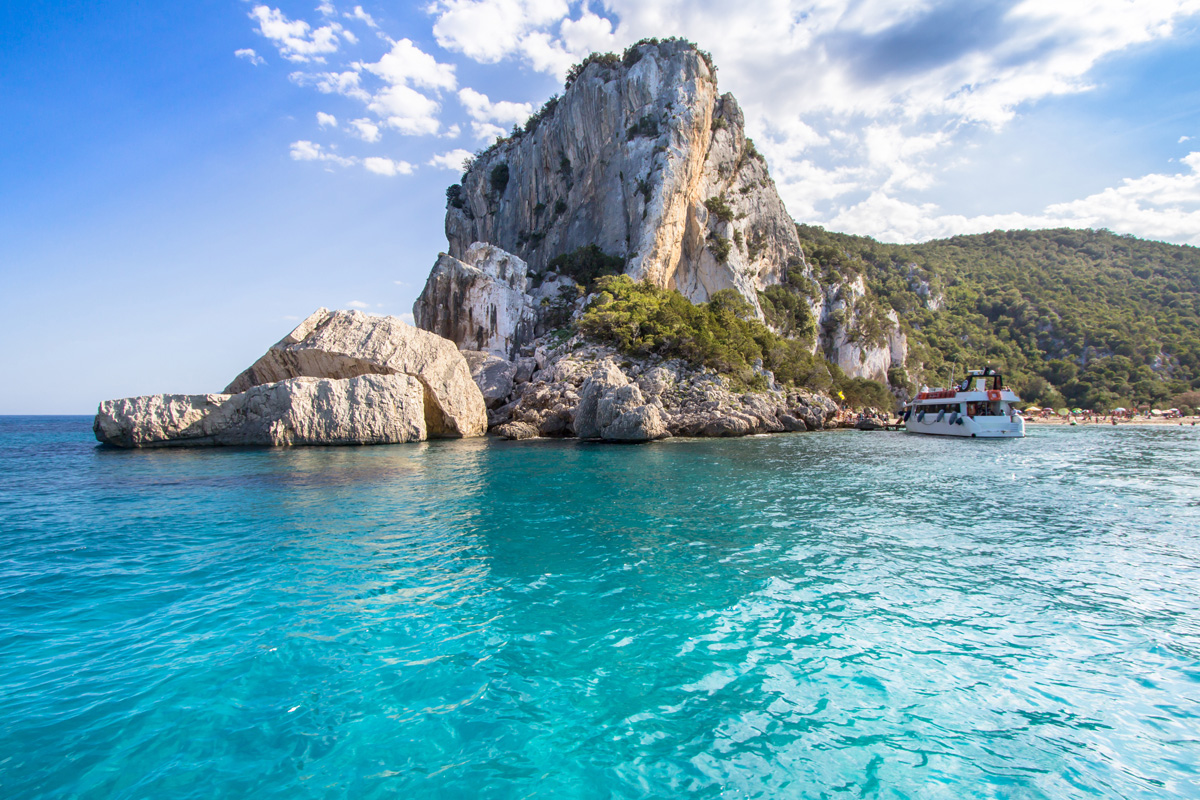 From Arbatax to Cala Gonone

A natural monument coloring the coast of the Ogliastra region..

The red rocks of the Arbatax are an amazing show of nature, the most important symbol of this tourist destination along with Santa Maria Navarrese, the land of the wild olive trees. The porphyry rocks, once used by monk seals to rest on, give a distinctive look to the landscape, dominated by the mass of the peak of Baunei, seemingly ready to dive into the sea.

Arbatax used to be the town of the fishermen from the island of Ponza, while today it attracts tourists from all over Europe, thanks to its offer of quality hotels and resorts, located between the village and the town of Tortolì, to the municipality of which it belongs. This piece of the East coast is dominated by the extended white sandy beaches (Cea, Orrì, Tancau) which invite you to swim and play aquatic sports.

Many of the sea-borne excursions to discover the prettiest spots of the coastline depart here. But the intriguing trip to the wildest coast of the island, disturbed by neither house nor road, can also start from the beautiful marina of Santa Maria Navarrese, the sea-side quarter of Baunei: an adventure to discover the unbelievably pretty coves on the Gulf of Orosei, one paradise after the other, created by the streams flowing down from the mountain peaks through the calcareous gullies. Locations of great attraction: Goloritzè, Mariolu, Biriola, Sisine, up to the famed Cala Luna (many beaches can also be reached on foot from the plateau of Golgo).

Marvelous caves open up between the cliffs, such as the cave of Fico and, in the region of Dorgali, the spectacular cave of Bue Marino with its majestic entrance, once a refuge for seals. Towards the North lies the cove of Fuili with its crystal-clear water, walled in by the rocky coast adorned by oleander and juniper trees, beyond which the beaches of Cala Gonone are located, in the territory of Dorgali. We are in the Barbagia region. The port is well-equipped, wafts of the Mediterranean flora carry over the sea. Tourism was born at the end of the ‘50s here: hotels and restaurants look out over the Tyrrhenian Sea, the aquarium attracts many visitors, the consortium for marine transport organizes tours throughout the Gulf. A bit further to the North, you can find the gem of Osalla, the cove where Madonna shot a few scenes of her remake of Swept Away.