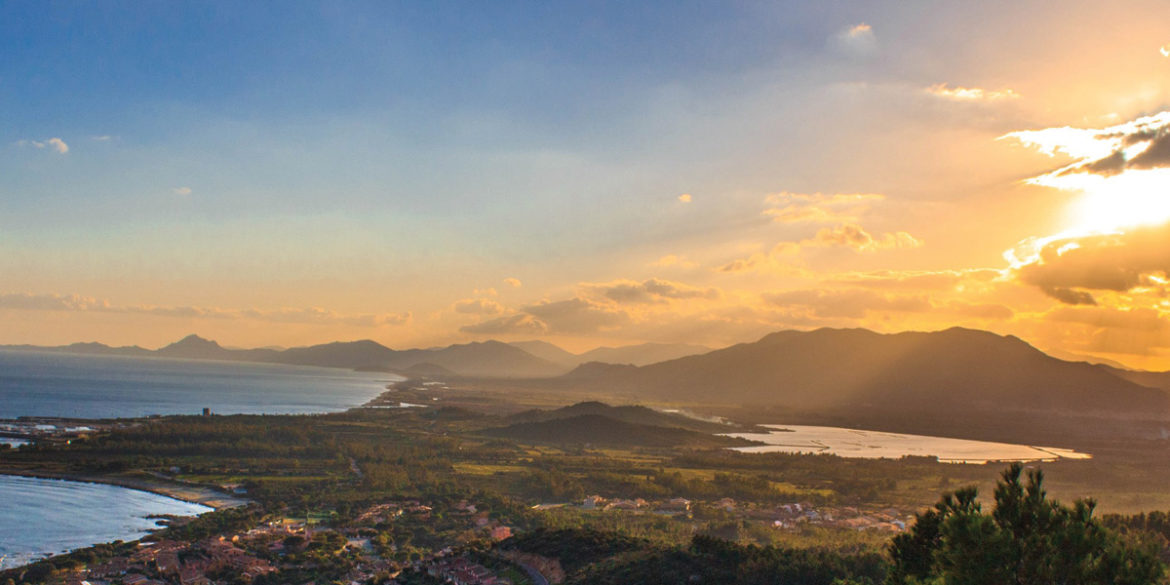 From the beach to birdwatching and wedding tourism

The presence of a humid area behind the coastline – where you can spot the purple swamp hen, mallards or pink flamingos – create an inseparable connection between holidays in Villaputzu and the enjoyment of nature and adventurous excursions.

The landscape of this part of the Eastern coast, Costa di Murtas, has basically remained intact, which is why it is one of the most rugged areas: besides the inland pools of Murtas and S’acqua Durci, eight enchanting kilometers with the whitest quartz-rich sand of Cala di Murtas, a beach which is partially closed due to military constraints, and practically embraced by two promontories where the towers of Torre di San Lorenzo and Torre Murtas rise.

In the background the fascinating and legendary castle Castello di Quirra stands out, clinging to the top of the mountain which is rich in karst features, which can be admired while visiting the fascinating caves below its surface: they are a dozen which can be visited by joining an interesting guided tour.

From there, it is worthwhile to move on to the abandoned mining town of Baccu Locci nearby, which culminates in the West in the plateau of the mountain Monte Cardiga: the latter represents, on account of the scenic and geological particularity of the canyons of marine origins, a unique phenomenon in the Sardinian territory, which attracts fossil enthusiasts, as well as those of natural sciences and of outdoor activities such as trekking, climbing, and mountain biking.

The beach which is closest to town, covered in white sand, is located around the estuary. At four kilometers lies the stunning port of Porto Corallo with its modern marina and the six towers in the background which were part of the line of defense built by the Aragonese. Nearby you can find the enchanting port of Porto Tramatzu: the finest sand along the fragrant Mediterranean vegetation on one side and the fresh, clear water of the sea on the other.