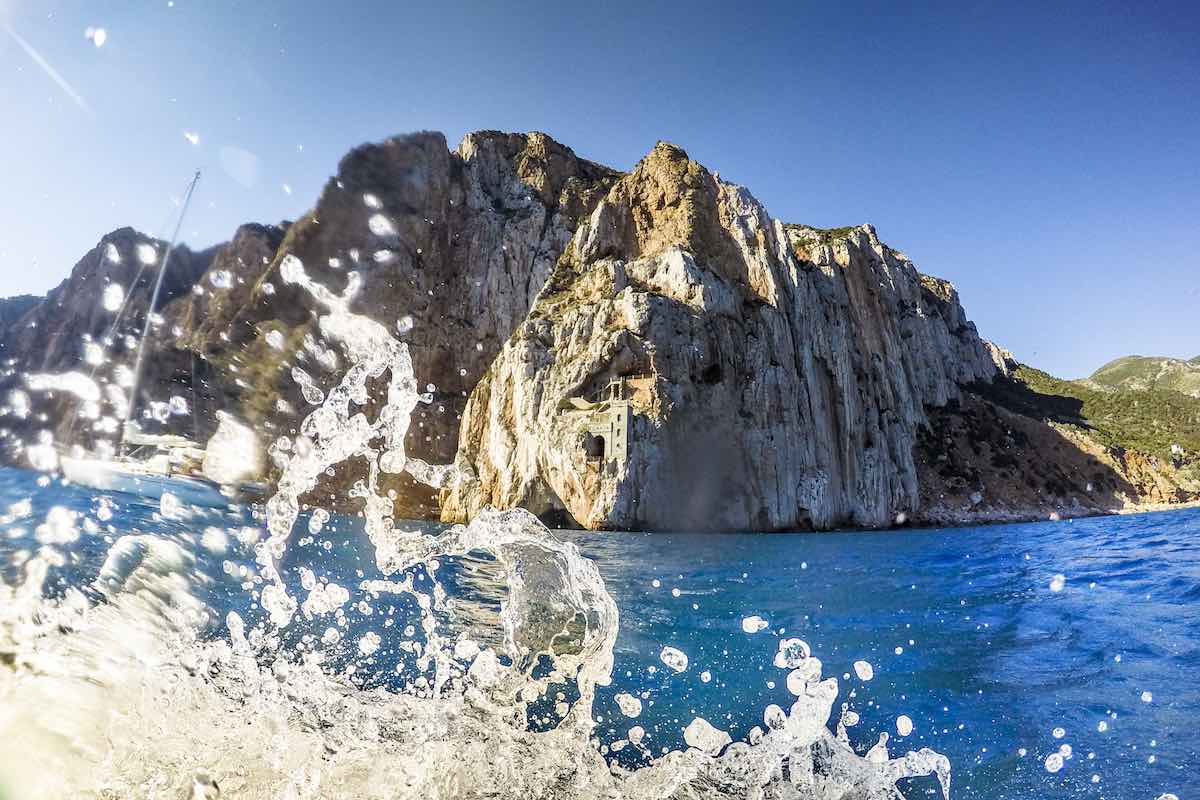 are here in the south-west coast of Sardinia.

Paths in which at first glance you stand in front of the mountains where lie the mines of Sulcis Iglesiente (now abandoned, but until a few decades ago was the main of the national mining industry), the blue sea to the horizon and the small churches named after the patron saint of miners: Santa Barbara.

For some years the mining route of Santa Barbara officially exists, it starts from Iglesias and returns to Iglesias exploring the whole Sulcis-Iglesiente-Guspinese in 386 kilometers (407 with variations) of paths, mule tracks, dirt roads and a bit of asphalt.

Too demanding? Nothing better than the trekking of the 5 Faraglioni (Stacks), UNESCO heritage, from Funtanamare to Nebida. Two hours or so in a hike between Mediterranean bushes bent by the wind, cale of powdery white sand and rocky cliffs overlooking the sea that have the mining ruins such as the laveria Lamarmora.

It culminates with the sight of the most famous of the five: Concali su Terràinu, known by the much more elegant name of Pan di Zucchero (Sugar Loaf) by similarity with Pão de Açúcar (Sugar Loaf) of Rio de Janeiro.