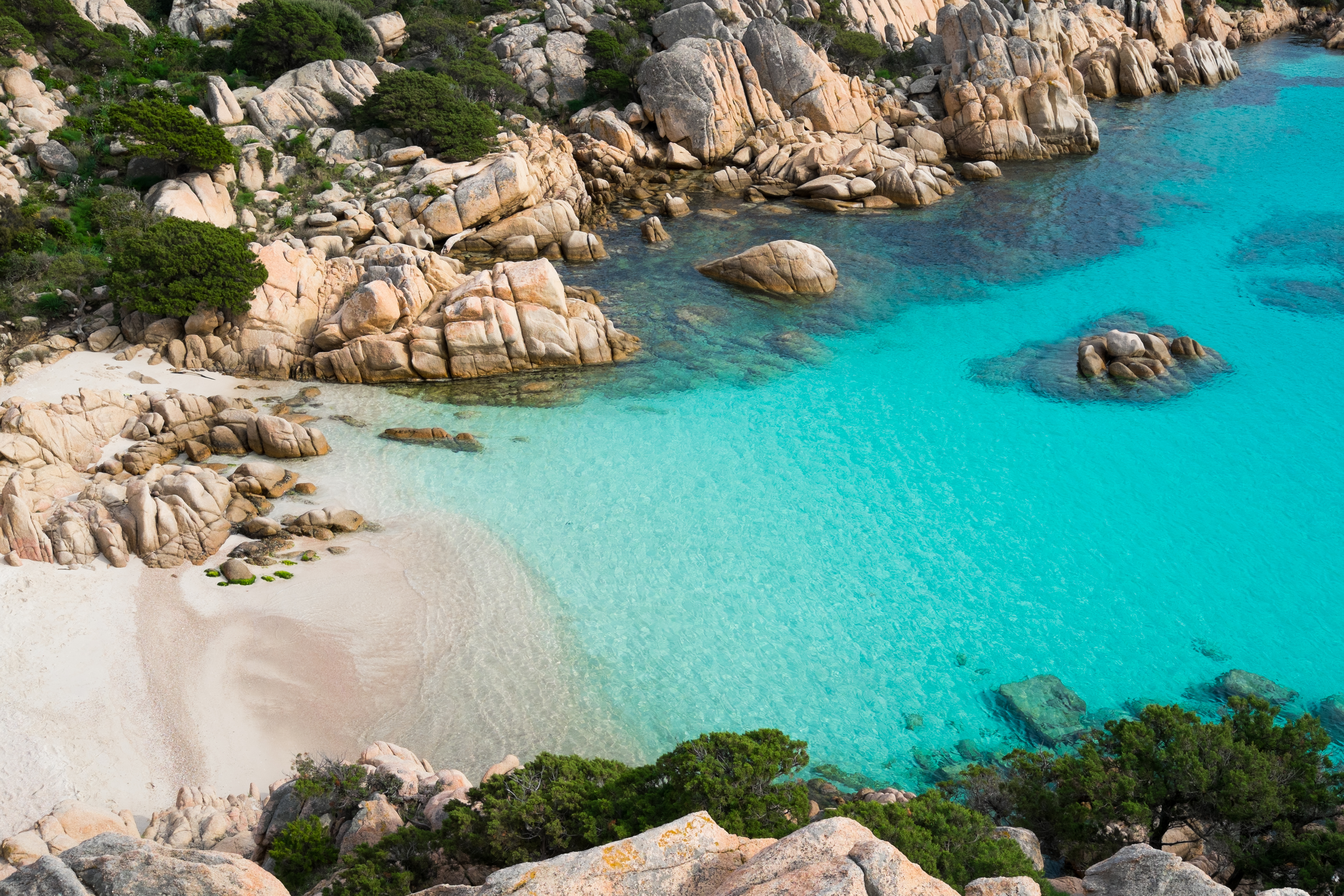 The Archipelago of La Maddalena

Sweet fjords, letting in a crystal-clear sea, wind and sun almost the whole year round: this is what makes the La Maddalena archipelago one of the most enchanting destinations of the whole of Sardinia, and as a National Park it receives protection to better preserve its unspoiled nature. The island with the same name and Caprera, seat of the house and museum of national hero Giuseppe Garibaldi, are the biggest and best-known, but other rocky masses emerge from the turquoise water as well: Budelli, Santo Stefano, Santa Maria, Spargi, and Razzoli.

To better appreciate the intense perfume of the rare endemic flora – such as sea lilies and juniper – it is worthwhile to plan a landing at the bay of Cala Corsara on the island of Spargi, with its transparent water and ultra-white sand.

A bit of fantasy is enough to recognize the weirdest shapes in the wind-sculpted rocks: a witch here, a bulldog, a boot and a clog there. The archipelago reveals its most vivid colors at the pink beach on Budelli, which is so particular that it convinced the film director Michelangelo Antonioni to shoot scenes there for the multiple award-winning film Deserto Rosso in 1964.

It has been closed off from the National Park for twenty years to safeguard the posidonia and the particular composition of its sand: you can admire it from the sea, or even from the nearby beach Spiaggia dei Cavalieri or the cove of Cala Roto.

Another spot where a bath is mandatory is Manto della Madonna: the name, meaning the ‘coat of holy Mary’, derives from the clarity of the body of water encased between Budelli, Razzoli, and Santa Maria. Exactly where Roberto Benigni apparently found the inspiration for his film Life is Beautiful.