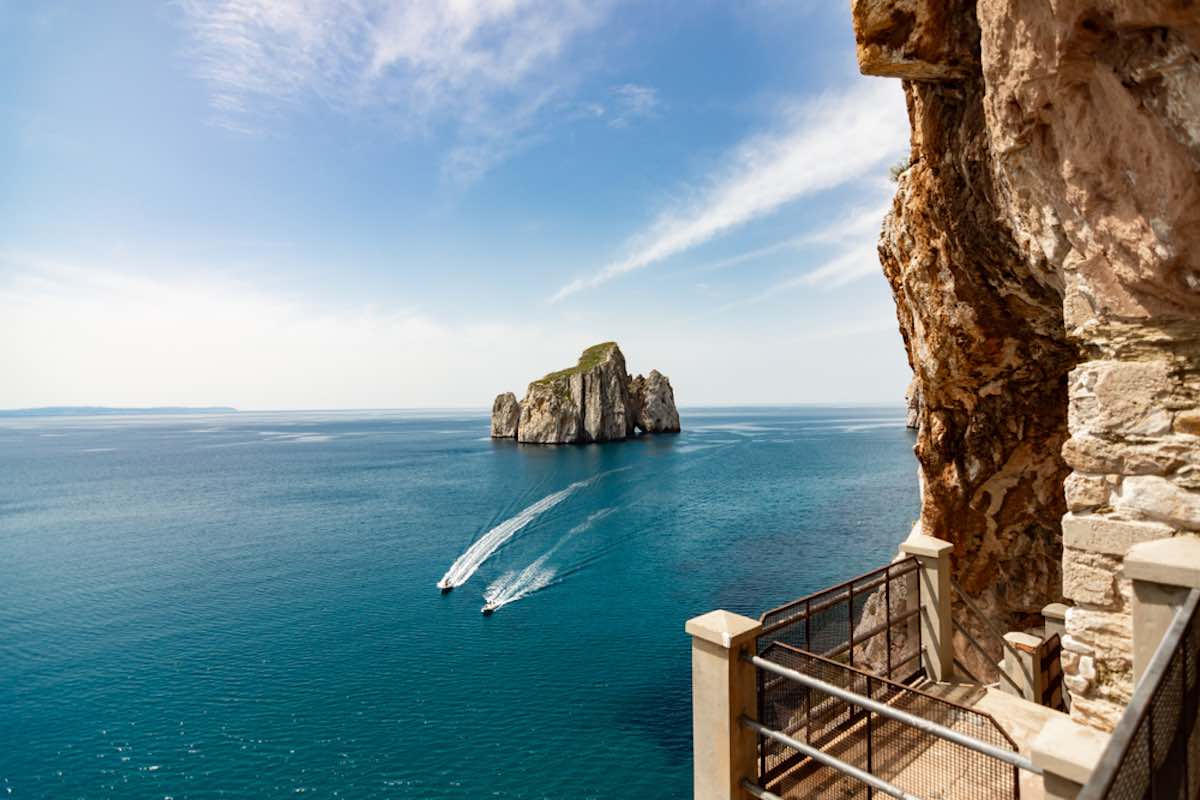 On the South-Eastern coast of Sardinia, which has been defined one of the prettiest in Europe by sailor/director Jacques-Yves Cousteau, between the stunning cliffs and transparent waters, an untouched paradise lies hidden, brimming with natural beauty and tales of ancient efforts.
It may resemble Ireland, this rugged corner of Sardinia, full of old, abandoned mining sites. Arriving by way of the sea, it is the huge formation of calcareous rock which towers over you, the sugar loaf or Pan di Zucchero, one of the most important natural monuments of the island.

The white Cambrian block which owes its name to its similarity to the Pão de Açúcardi of Rio de Janeiro, has two big arches which create karstic phenomena, opening unto tunnels which can be crossed on a small boat.

It is an unforgettable show to watch how the light at sundown plays with this mass of stone which is so white it seems made of actual sugar. Fans of mountain climbing can reach its top at 133 meters to admire the panorama, including the nearby seabeds of s’Agusteri e del Morto and the cliff of Is Cicalas.

On the mainland, floating between the sky and the sea, you can spot the gate of Porto Flavia, the exit of the tunnel used to transport raw material straight onto the ships, which was a part of the mining complex of Masua.

Along this stretch of memory lane, nature has created unbelievable backdrops and there are many caves which open along the calcareous and schistose mountain side, towering over the sea: some of these caves are that of the Contrabbandieri, of the Spigole, the Pipistrelli, Canalgrande, the Soffione di Masua, the Nido dell’Aquila, and the famous Grotta Azzurra or simply cave of Sardinia.

The latter is magical: a secret cave on the sea, embedded between a cobalt-blue sea and the profound seabed. If you enter it, under the guidance of a certified speleological guide, you are treated on a kaleidoscope of shifting colors, created by the light which bounces off the white limestone as it passes through the crystal-clear waters. Once you are inside the fabulous cave, the next surprise is in looking behind you to discover the opening to the cave seems to draw the very contours of Sardinia itself.