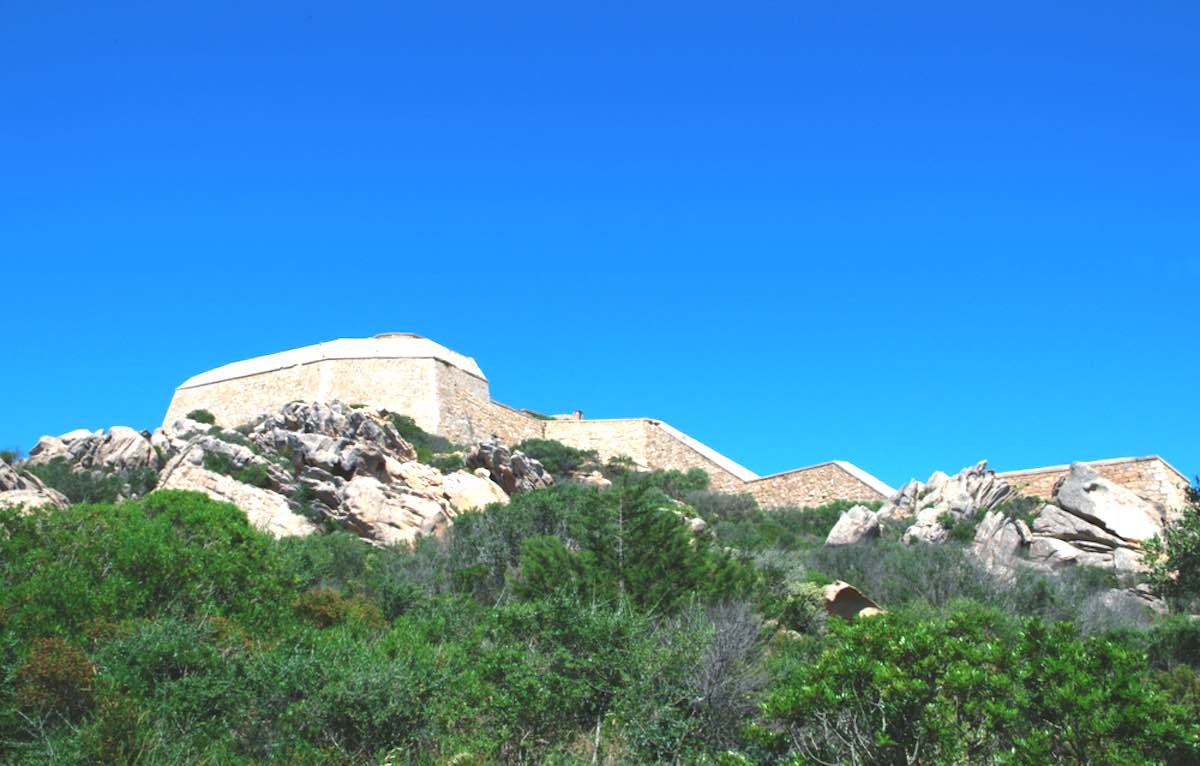 The fortress of Monte Altura in Palau

The fortress of Monte Altura in Palau, suspended on a hill and camouflaged by the rock, is an ancient military fortification built around the nineteenth century as a military heart for the defense of the Tyrrhenian in case of attacks by the French fleet. His task was to protect the military base of the Regina Marina Sarda and the entire archipelago of La Maddalena. The building, completely made of granite, with an imposing and astonishing staircase, was considered, in the twentieth century, one of the most beautiful fortresses in Italy.

The fortress is a piece of history lying overhanging a green land, suspended halfway between heaven and earth, symbol of the infinity of nature that here has given itself, creating something exceptional. The place, often beaten by the joy of the wind, dominates a 360 degree area that encompasses the whole archipelago of La Maddalena, which from Arzachena reaches up to the Bocche di Bonifacio. The view is breathtaking.
The Monte Altura Fortress can be visited only with a guide from March to October at fixed times, a visit approximately every hour.