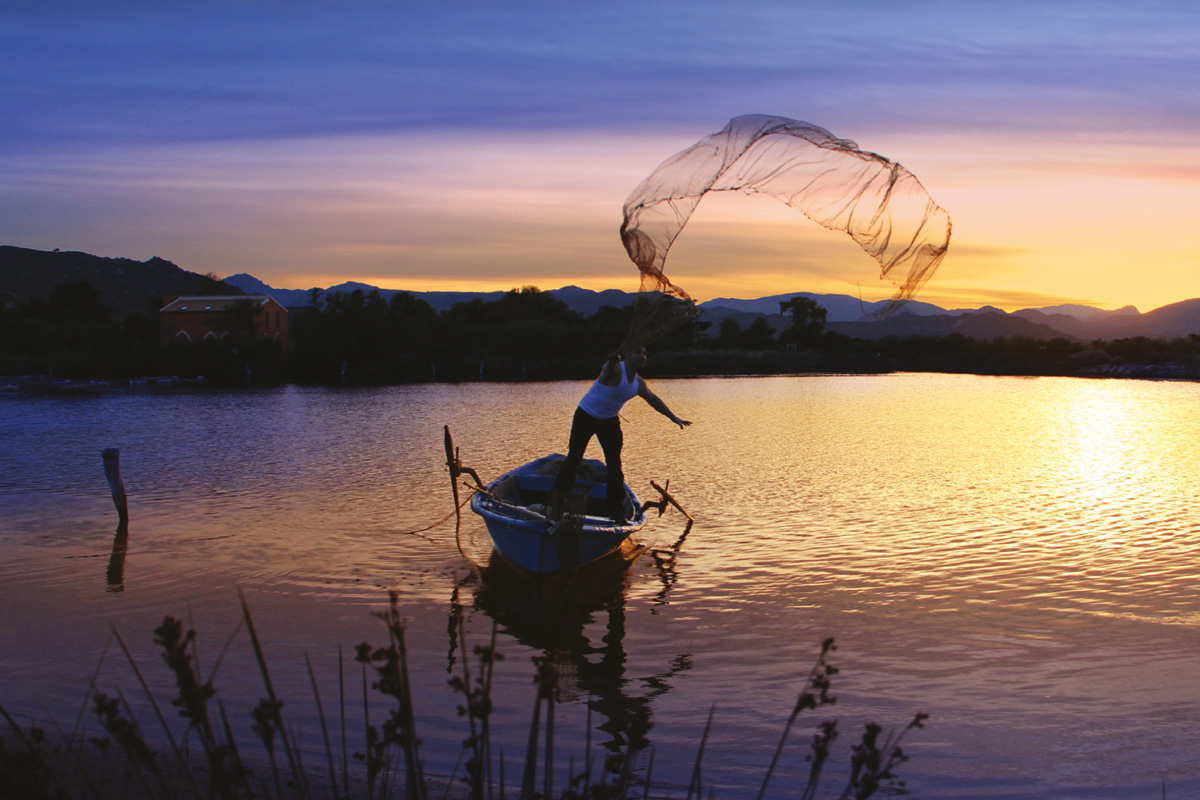 A good part of the natural heritage of Sardinia originates from the ecosystems of the‘humid zones’. Together, the humid areas of Sarrabus, the‘Lagoons of Colostrai, Saline and Feraxi’ constitute the third most important naturalist site of this type in Sardinia, after those in Oristano and Cagliari.

The avifauna (bird species) of this site is the most interesting aspect, with a few extremely rare species such as the sea woodcock, the glossy ibis and the smew, that appear in these places during the winter fairly sporadically.

In summer, sightings are recorded of other more or less frequent residents. The black winged stilt (quite rare in Italy), a peculiar sultan chicken with its characteristic blue plumage and bright red beak, and the elegant pink flamingo (of which there are many). The osprey, the shelduck and the spoonbill are permanent residents which are testament to the extraordinary biodiversity of this ecosystem. Today, the group of lagoons of Colostrai, Saline and Feraxi is a naturalist reserve of great importance and it is no concidence that it has been recognised in Europe as a ‘Site of Community Importance and Special Protection Area’.

The Molentargius Pond is a Regional Nature Park and hosts a large colony of pink flamingos and some 180 different species of birds.